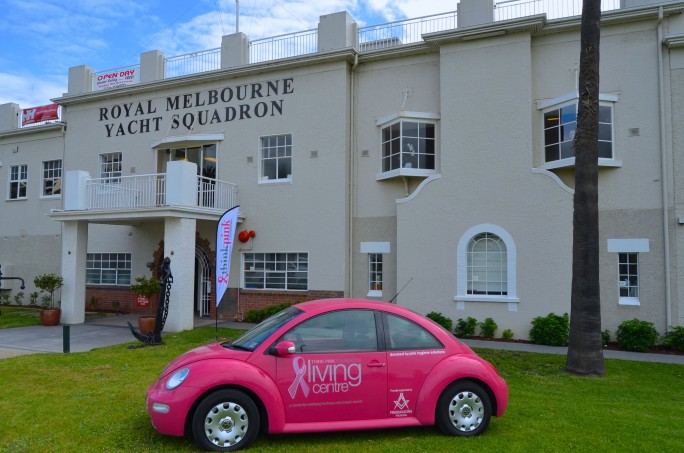 As a start to fundraising in support of the Think Pink Living Centre, a sunset sailing race was held on Wednesday, 30 October followed by a dinner in the Harbour Room. Attended by over 100 people, RMYS General Manager Rod Austin and Event Manager Allicia Rae, were hosts for the night and a special live auction was held with our General Manager, David Hendel as auctioneer. Much to the interest and delight of those attending, Chair Irene Hendel and Karen Hitchings both spoke passionately about the Think Pink cause.

A special auction item donated by the prestigious and exclusive 6 Star Saffire Freycinet Resort located in Coles Bay, Tasmania and combined with a travel voucher from Aurora Travel, was purchased by one very determined bidder. Funds exceeding $6,000 were raised on the night.