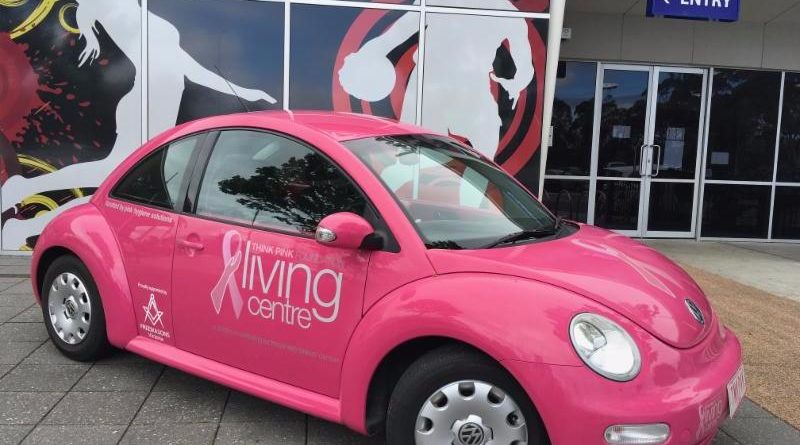 The Dandenong Basketball Association, (DBA) partnered with Recar Australia for last weekend’s Recar Think Pink Round against the Townsville Fire, in support of breast cancer patienst and their families.
Both Recar and DBA were proud to be hosting this event in support of The Think Pink Foundation Living Centre, raising funds and awareness for all the great work they do in the community.
Irene Hendel OAM, Founder and Patron of the Think Pink Foundation and Ron Smith, Chairman both thanked the players of both teams, the sponsors and all those who assisted in making the day a success in supporting women and men affected by a breast cancer dignosis .

Left: Irene Hendel OAM, Founder and Patron of the Think Pink Foundation together with Think Pink Ambassador Fem Belling, who sang the pre-game National Athem, which brought a huge applause.

One in eight women will be diagnosed with breast cancer in their lifetime, a stressful time for not only the patient but their families. The Think Pink Foundation aims to relieve that stress and bring back normality, providing a variety of support and rehabilitation services for all those touched by this debilitating disease.
As part of this special game, the Dandenong Rangers went all out in pink to raise money and awareness for this special cause, donning new PINK Jayco Rangers uniforms and covering Dandenong Stadium in pink decorations!
The exclusive Pink Jayco Rangers jerseys were auctioned silently throughout the game. The major raffle prize provided by the Pleasure Cruising Club, of a superb trip for eight on a luxury cruiser to the Melbourne Cup from Docklands. .

The Nutremetics Team was also action in the lead up with a pre-game pampering party to raise funds for Think Pink.