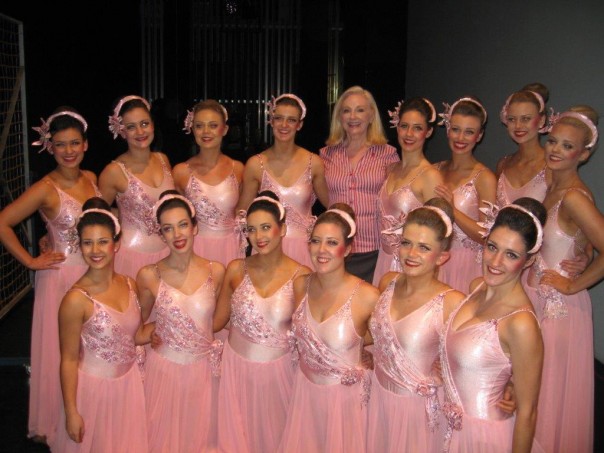 Calisthenics Victoria recently organised its State Finals with clubs competing from across Victoria.  The Finals were held on Sunday, 27 October, at Besen School in Burwood and was attended by over 800 competitors and their supporters.

Irene and David Hendel attended and adopted Ceres as their favourite team. This turned out to be prophetic as Ceres took out the overall Victorian titles to the delight of all concerned.

During Breast Cancer Awareness Month in October, Think Pink bow badges were sold through Calisthenics Clubs across the State and a total of $6,500 was achieved. Chair Irene Hendel spoke to the audience about the The Living Centre, its achievements and how these funds would assist the ongoing programs run out of The Living Centre.